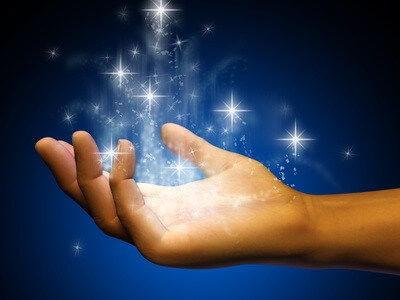 Today I want to talk about Reiki. I feel that Reiki is a much misunderstood treatment. In our secular society, it is often dismissed as a ‘woo-woo’ hippie idea which people only believe works due to the placebo effect. This is understandable as I can see the difficulty in accepting that simply laying hands on someone can have any effect other than maybe to soothe.

Let me start by saying that I am a natural sceptic. I am open minded and will consider any number of ideas, but I need to experience something to really make a judgement on it. I was introduced to Reiki some 13 years ago as an optional module on my complementary therapy course which incorporated many different massage techniques. I was already sceptical about it, and only attended classes because they were taught by one of my favourite teachers who also taught reflexology (shout out to Alan J Billington!)

Being of Nigerian descent, I was definitely familiar with the concept of phenomena existing which cannot be explained with science, but I could not reconcile this idea with everyday life. But I digress.

So, I attended Reiki 1 classes because of Alan and I won’t lie, at first I was none too impressed. It was interesting certainly learning about the history, chakras etc, but it was not until my Reiki 2 attunement that I had a mind blowing revelation that changed my perspective forever.  I went on a journey (in my mind, don’t worry, I haven’t lost it) and amongst a myriad of experiences, this simple idea stood out; we are everything and nothing. Simple enough. Trite even, but it really made me think about our connection to the universe as a whole and our place in it. Essentially, as I understood it, we have the power to do anything we set our minds to, but at the same time we are nothing without each other, or indeed all other living things that make up our planet.

My Reiki 2 attunement also brought with it a deep and abiding love for this energy work. And by the time I did my Mastership, I could not imagine how I lived my life without it! I especially love the fact that is not aligned to any religion (I have issues with organised religion but that’s a topic for another day) and any one can do it. Anyone. Because all you need really is an open mind. Not a full on ‘oh I love and fully accept this’ mind, just an openness to possibility. You do learn hand positions, symbols etc, but these are just tools. Rather like a doctor prescribing pills or an acupuncturist using needles. The actual healing is done by a transference of energy or more accurately, manipulation. Not in a sinister sense -you cannot injure anyone with Reiki, if the body or mind doesn’t accept it, it will simply bounce off- but in the sense of balancing energy, eliminating ‘injured’ energy and putting in ‘good’ energy.

So what is energy? Well, it’s not something you get from Lucozade sport whatever the adverts say! Ask any physicist and they will tell you that everything is made up of energy. From the stars millions of miles away to the grains of sand on a beach. We are all just energy vibrating at different speeds. The lower we vibrate, the denser we are, so air vibrates so fast we can’t see it, we vibrate slower which makes us solid but movable, and a stone vibrates so slowly it appears inert but if you examined it under a microscope, you would see all the molecules moving. How this translates to blood, organs, bones I don’t quite get but hey, I’m neither a physicist or a biologist! I do have a working knowledge of anatomy/physiology though, and I know something powers the growth and development of our bodies. Something which scientists have yet to pinpoint. 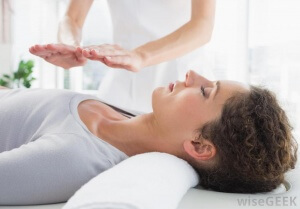 Reiki works by affecting the subtle lighter energy that surrounds our physical body. Popularly referred to as our aura. Healers believe that if this more subtle energy is damaged, it affects our physical bodies and while this theory cannot be confirmed, scientific studies have shown that something which resembles light does exist around our bodies. I don’t see auras (often) but I do feel this energy field and I work on that to balance the body or heal a specific problem. I see it as working from the outside in. A bit like the ‘trickle down economy’ concept, except it actually works!

For the first few years of my Reiki practise, I believed that Reiki worked best on emotional problems, and indeed it is excellent at changing toxic emotional states, but more recently I have been successfully treating physical ailments like back pain, chest infections, tooth/gum infections and wounds. I have also done a lot of pet healing which I particularly enjoy as animals have no resistance to healing. Nor have they got any predisposition to it. They simply accept what makes them feel better and avoid what doesn’t. I have 2 cats and I live in an area surrounded by train tracks, workmen doing endless building/repairs, and populated with rats which they occasionally bring me as a present. (Yea!) Thus I have treated everything from ear mites to poison to open cuts to petrol burns. It’s a slightly slower process than a vet visit, but infinitely less stressful to the animal and definitely less toxic as no drugs are involved. Also, there is very little appetite loss if any, and physical energy returns much quicker. 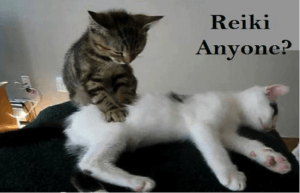 I am by no means advocating not taking your pet to the vet. Like doctors, they do wonderful work and some things can only be treated by them, but if you can avoid taking your pet in for minor problems, they will definitely thank you for it! Especially cats (as most cat owners will know!) My cats are particularly skittish and one has escaped from his carrier every time I have taken him to the vet (ok, I’ve only taken him twice and once was to get him neutered but you get my point) so you can see why having an alternative treatment method helps me enormously.

Those are my cats though, so let me tell you briefly about Scooter. He belongs to a friend of a friend and I have never met either Scooter or his owner as they live in Cardiff. My friend Debbie messaged me about him because he was very sick. He’d apparently ingested something poisonous as he had ulcers in his mouth, wouldn’t eat (obviously), and appeared to be in severe pain. His owner had taken him to the vet and he was being kept in overnight while they tried to figure out the cause of his illness. Debbie asked me to send him some Reiki as she thought that he was, in her words,  ‘a goner’. I sent him Reiki twice that evening-animals only need 10-15 minute treatments- and he was home the next day. I sent him only one once he was home, but his mouth ulcers had healed and he was eating again. 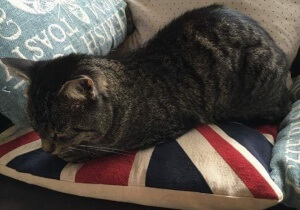 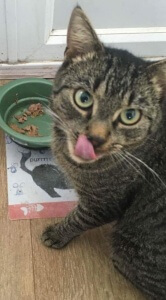 Proof? Now I’m sure the vets did a good job of treating him, but the Reiki definitely boosted this healing and more importantly destressed the cat and allowed him to come home sooner. I tell this story not to boast, but to demonstrate the power of Reiki healing even from a distance.

So, what is Reiki? Reiki is the use of the energy that is present in all things to balance the body and mind. Basically it works by removing obstacles or blockages and allowing the body to heal itself. Our bodies are always looking to be in a state of equilibrium (which is why we get sick in the first place, it’s an attempt to expel toxins and/or alert you to the need for treatment) By encouraging relaxation, the body is in the optimum state to heal.

Years of practise have enabled me to hone my healing skills to treat more acute physical ailments, but the principal is the same. I use the ‘tools’ of Reiki, but the clearest thing I use is intent. A pure intention goes a long way. How Reiki actually heals, I truthfully couldn’t say (or at least not without sounding like a woo-woo pseudo scientist) but I do know that it works. And like anything else in life, the proof of the pudding is ultimately in the eating.